This text was written in connection with the publication
‘Der Klang in der Schrift’, published by the Klingspor Museum, Offenbach, commemorating his100th birthday in 2005. 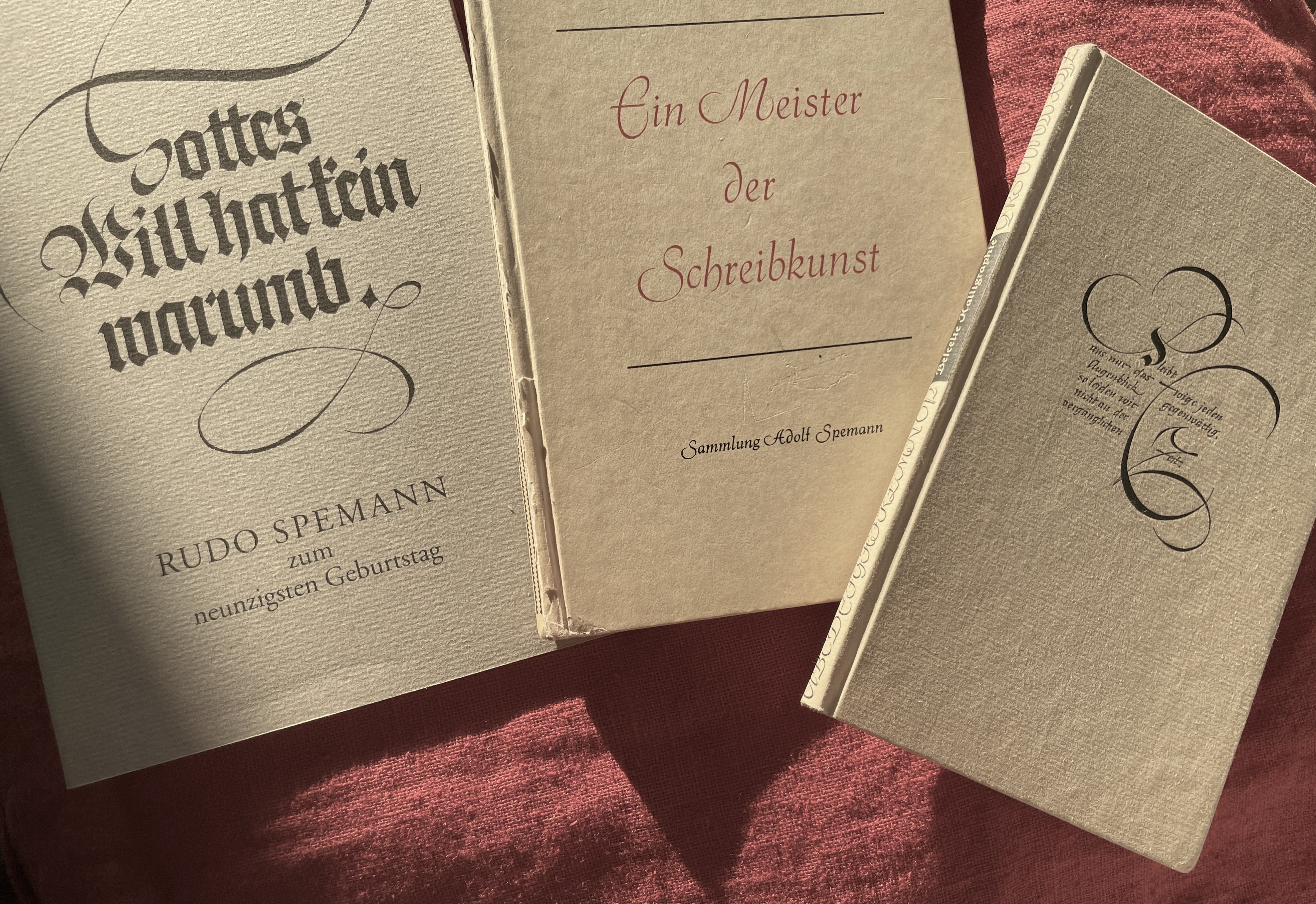 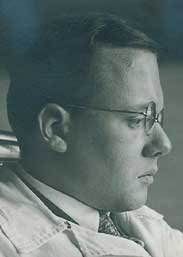 Born in Würzburg in 1903, Rudo Spemann died in 1947 in Schepetowka, USSR. He studied at the Kunstgewerbeschule in Munich under F. H. Ehmcke and Emil Preetorius and at the Kunstakademie in Stuttgart under F. H. E. Schneidler.

The British lettering-tradition, in which I have been trained under Ann Camp (one of the most influential teachers of the last fifty years) has, for lack of a better term been called ‘The Johnstonian Tradition’, named after the great pioneer Edward Johnston. It is characterised by it’s formal aspects; the making of legible letters within a formal context. In Johnston’s words: The making of beautiful letters and arranging them well. The making of commemorative pieces (memorial books etc.) after the Second World War gave calligrapher’s commissions and, to an extent, a livelihood.

However, in the German lettering tradition, things are more diverse and complex. In German (and in Norwegian), there is one word for the diverse disciplines of handwriting, calligraphy, lettering, typography, applied lettering: Schrift (norw. ‘skrift’). A noun referring to the visual aspects of letters. Hence the often quoted phrase ‘Schrift kommt von Schreiben’. ‘Letters come from writing’ is an approximate translation of this quote from Rudolph von Larisch. The German tradition of ‘schrifthandwerk’ has come about through pioneers like Rudolph Koch, von Larisch (Austria) and Edward Johnson’s former student Anna Simons, who translated his book ‘Writing, Illuminating and Lettering’ into German.

The Klingspor Type Foundry, whose printings are part of the Klingspor Museum’s collections, certainly has put Germany on the map, and German scribes and lettering artists have exerted a profound influence on the international lettering scene over the last few decades. Scribes such as the aforementioned, but also the excellent calligraphers Ernst Schneidler (Spemanns teacher), Hermann Zapf, Friedrich Poppl, Karlgeorg Hoefer, Werner Schneider (the list is long) have been reproduced in various publications, to be admired by international audiences of ‘aficionados’. 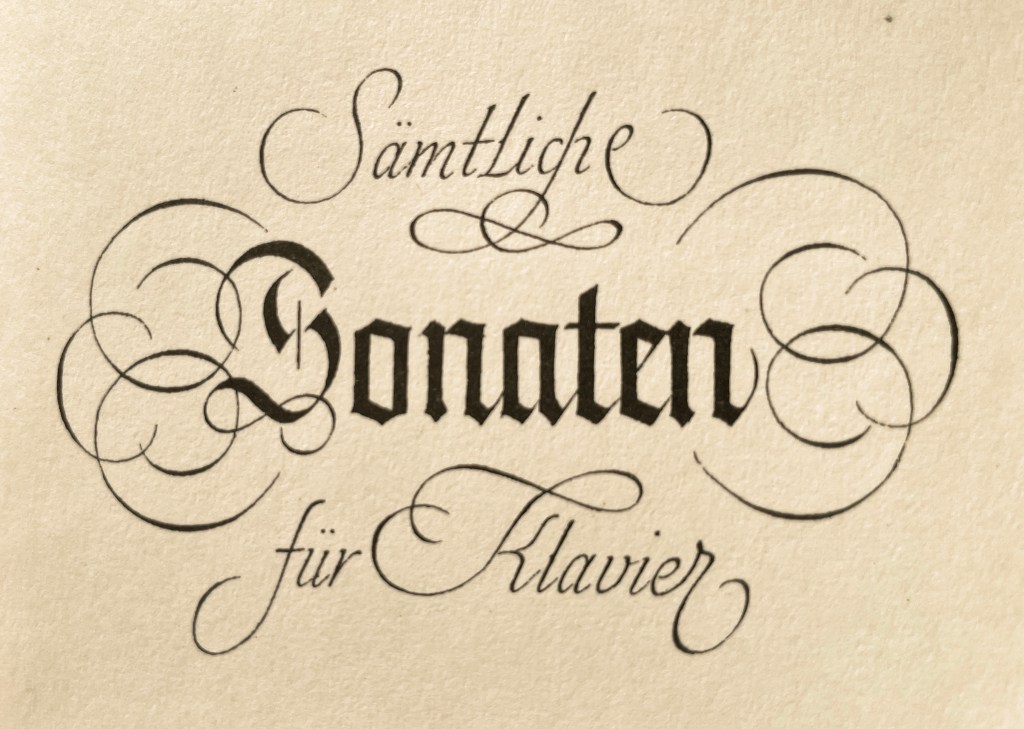 The German scribes have worked in inter-disciplinarian ways, continuously crossing the border between calligraphy, typography, lettering, and in media as diverse as textile design, printmaking, book-design and type-design. One may well remember William Morris, who, decades before this also worked in inter-disciplinarian ways, in a wide variety of materials. The English Arts & Crafts Movement certainly influenced the ‘Klingspor Scribes’ as well as the Bauhaus-movement.

There has been a wide range of work, from traditional to expressive, from experimental to formal. And although there are similarities between many of these practitioners, there is a rich diversity. Like there is in the modernist literature from the period: Rilke, Musil, Canetti, Hesse, Robert Walser etc.

After I was first confronted with the work of Rudo Spemann in the Klingspor Museum I felt the need to rethink certain aspects of the craft. The striking simplicity and the level of skill with which his pieces are executed made me look at contemporary calligraphy more critically, at least the pieces which tended to move into the realm of superficiality and fashion. The covering up of the basic shapes of letters through the use of colour, painterly backgrounds etc. seized (failed!) to appeal to me.

The librarian of the Museum brought forth one box after another, filled with Spemann’s hand-written manuscript-books, many of them written during the 1920s, hundreds of pages written in the tiniest scripts. I spent most of my time there studying them. Some were written at a speed of about one book a month. The execution of letters this size (some were as small as 8pt., depending on how one measures) is an accomplishment understood, perhaps, only by people who have attempted to write such letters themselves. Every little insecurity and trembling of the hand is registered, every unevenness of the paper. If the ink doesn’t flow well, or one is distracted, the whole piece may be ruined. The fact that these letters appear in MS-books makes them very difficult to exhibit, and therefore unknown to most. Secret hiding-places of letters.

The necessity of making money, temptations and distractions must be put aside, if only temporarily. And indeed one of Rudolph Koch’s calligraphic renderings of text from the Bible is interrupted with a passage in which he explains how tired the calligrapher gets, when he could be drinking Apfelwein instead.

One may be tempted to compare Rudo Spemann to Rudolph Koch, but in my view this does not do him justice. Rudolph Koch’s early formal work (well made, slightly ‘sweet’ manuscript pages written with even, gothic letters) and his later experimental and rough work (uneven gothic textures, the typeface Neuland etc.) points to a break with tradition, a ‘breaking away’. This does not apply to Spemann. Instead of breaking away from tradition, he matures. 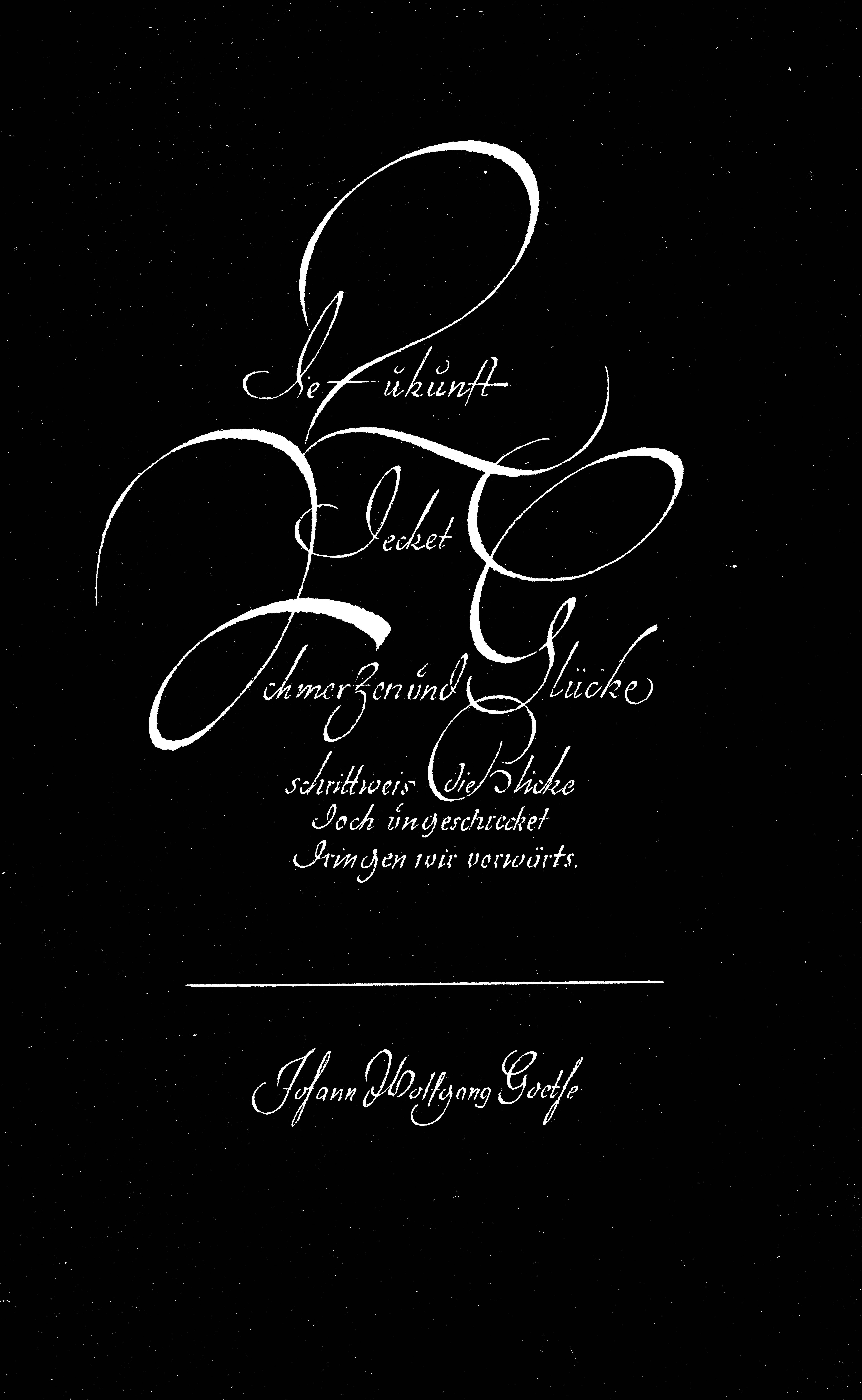 We may perhaps see traces of Ernst Schneidler’s handwriting experiments in Spemann’s work, but the gothic cursive styles were widely used at the time. If we try to label him a traditionalist we limit the outlook. For his later pieces (some were written as greeting cards in tooth-paste from a Russian prison-camp) certainly look contemporary, almost Japanese in their flowing and inventive linework, and asymmetrical arrangement of lines & contrast of sizes & styles. He rarely uses color, and limits himself to certain styles, namely, gothic textura, gothic cursives, cursives (cancelleresca), roman capitals, uncials (rarely) and sometimes hybrid shapes.

In his later pieces some strokes are thickened up with a pen or brush to give them more visual energy. All his pieces are characterised by a controlled and active use of space. Hence, perhaps the need to characterise him as ‘ascetic’. He is, perhaps, indebted to Edward Johnston in this. We may do well to remember Friedrich Poppl’s words:‘ Only in the contrast between black and white does form remain incorruptible’.

It is my hope that Rudo Spemann receives the international acclaim he deserves. I would rank him among the best scribes of the last century. When I mentioned him to Hermann Zapf on a visit to Darmstadt in 1992, he acknowledged Spemann’s influence on his own work. There is an unforced, ascetic freedom in Rudo Spemann’s pieces which deserve our complete attention, because they are born out of complete attention